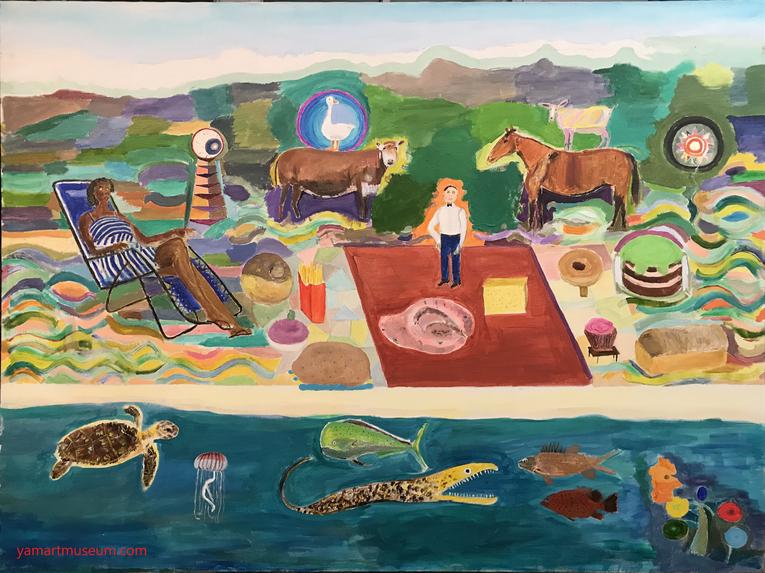 The final battle in the epic struggle between baked goods and root vegetables!  2019 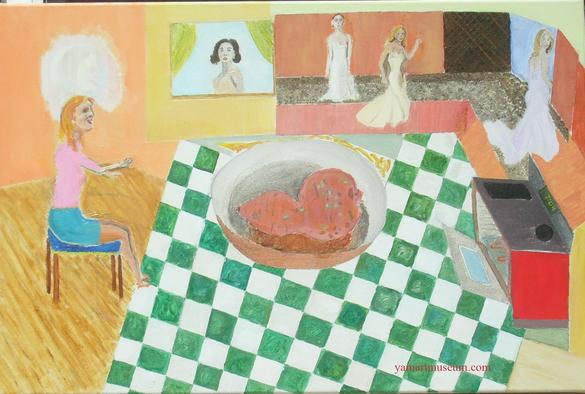 woodrow wilson on a mule

24x36   2006   Regarding Wilson's policies towards Blacks, Women, and Mexicans, the symbolism of this painting is transparently obvious and needs no elaboration.  I could not locate a 3/4 profile of Edith Galt, Wilson's second wife, who served as the nation's first female president for five months while he was incapacitated by a stroke.  So I have used the image of New York's junior senator, who is holding an EGg in her honor. The white loop in the snake is intentional.  The face to the left of the mule was not - it just showed up. I happily kept it. 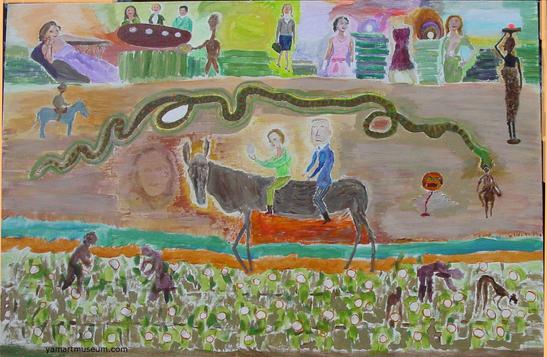 the jessica on park

with Rogue planet and globular cluster

This painting is in honor of the great American acrylic (self-taught like me) visionary artist Jessica Park; and is full of direct quotes from her work, particularly her masterpiece The Flatiron Building. It also reflects my love of and familiarity with, Manhattan.  Hence the Lipstick Building with enclosed Yam, and the Cooper Union tower.  We both have an interest in astronomical phenomena.  The central building is the Helmsley Building on Park Avenue.  2013    36x24 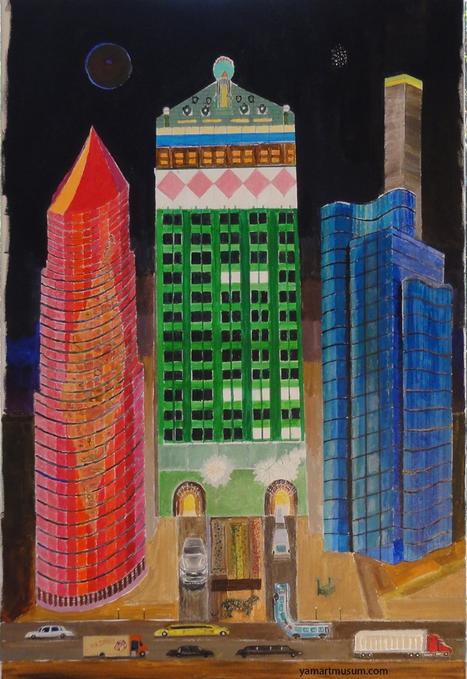 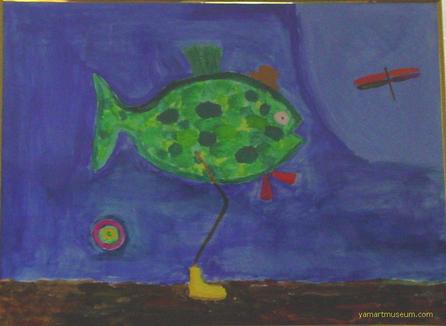 fish with booties eats a bug